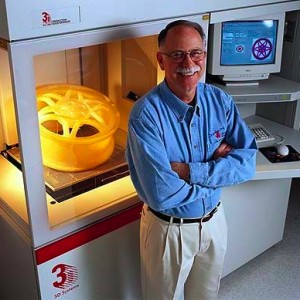 3D printing history goes back further than you might realise, with it’s origins in the 19th century and attempts to make 3-dimensional sculptures from cameras and ideas about producing topographical maps.

1860 – The photosculpture method of François Willème captures an object in 3 dimensions using cameras surrounding the subject.

1984 – Charles Hull (founder of 3D systems) invents stereolithography (SLA) – which is patented in 1987. The technology allows you to take a 3D model and use a laser to etch it into a special liquid (photopolymer).

1984 – Alain Le Mahaute files a patent for stereolithography (SLA) – 3 weeks before Charles Hull. However, the patent is abandoned and Le Mahaute misses out on being called the “inventor” by history.

1992 – DTM produces first SLS (selective laser sintering) machine. This machine is similar to SLA technology but uses a powder (and laser) instead of a liquid. 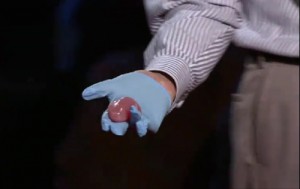 3D Printed kidneys are just one of the many medical applications possible.

1999 – Scientists manage to grow organs from patient’s cells and use a 3D printed scaffold to support them.

2001 – The first desktop 3D printer made by Solidimension.

2005 – The Reprap project is founded by Dr Adrian Bowyer at the University of Bath. The project was intended as a democratization of 3D printing technology. 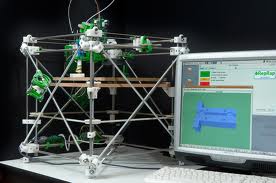 The Open Source hardward Reprap 3D Printer can produce a large number of it’s own parts.

2008 – The Reprap Darwin is the first 3D printer to be able to produce many of it’s own parts.

2008 – Makerbot’s Thingiverse launches – a website for free 3D (and other models) file sharing.

2009 – Makerbot produces a Reprap evolved kit for a wider audience.

2009 – The first 3D printed blood vessel is produced by Organovo. 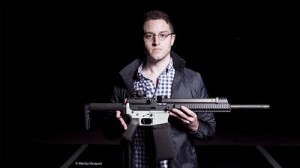 2012 – The first 3D printed jaw is produced in Holland by LayerWise.

2013 – Cody Wilson of Defense Distributed is asked to remove designs for the world’s first 3D printed gun and the domain is seized.

AV Plastics offers an in-house 3D printing facility which allows rapid prototyping using 3D modelling. This will enable the product to come to market more quickly as, for example, you will be able can undertake fit and finish evaluation, undertake life testing, durability and reliability trials, and prove the assembly procedure quickly before commissioning the manufacture of the mould tool.

We can assist you with 3D printing / modelling and all other prototype injection moulding techniques. Please contact us and we will be happy to provide you with a quotation or any advice you require